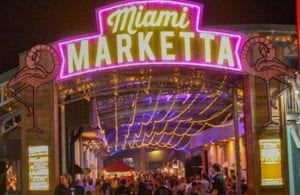 You can always gauge how good a movie is based on its soundtrack. Case in point is Pulp Fiction. Featuring a jam-packed mix of surf, soul and swagger, the soundtrack to Quentin Tarantino’s cult-classic flick soundtrack gained almost as much notoriety as the movie itself. With tracks including ‘Son of a Preacher Man’ by Dusty Springfield, ‘You Can Never Tell’ by Chuck Berry and of course, who could forget ‘Out of Limits’ by The Marketts as Butch rides off with Fabienne on his chopper. If you’re a fan of the flick and its epic soundtrack, Cheap Fakes will be delivering the soundtrack in its glorious entirety on Sunday September 20 at Miami Marketta. This is an exclusive and seated event limited to 100 tickets only so if you’re keen to head along, jump over here to nab yourself a seat, stat. The gig is 18+.