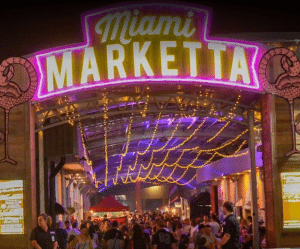 Get ready to relive one of the most iconic movie soundtracks from the 80’s when Cheap Fakes perform The Dirty Dancing Soundtrack at Miami Marketta on Friday January 17.

After the massive success of their Pulp Fiction soundtrack show, the Brisbane/Gold Coast band have set their sights on another movie classic, bringing all the hits from Dirty Dancing to the stage. Songs performed from the soundtrack will include The Time of My Life, Big Girls Don’t Cry, Where Are You Tonight and Yes, plus visuals from the original movie and epic dance moves. Attendees on the night are encouraged to embody every bit of Dirty Dancing by dressing for the occasion too, so embrace the hair, style, tees, tight jeans and start practicing your lifts!

Tickets for Cheap Fakes performing The Dirty Dancing Soundtrack can be purchased through Oztix and more information on the event can be found on the Facebook page.